Sorry! You missed Hootie and the Blowfish at Alpine Valley Music Theatre 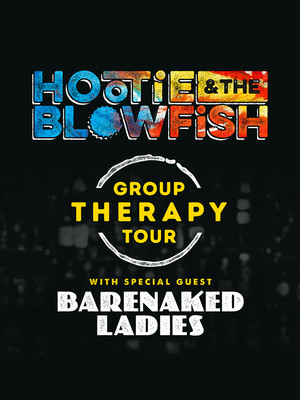 Hootie and the Blowfish

Hootie & Co are back!

Why See Hootie and the Blowfish?

With support from Barenaked Ladies!

Hardly needing an introduction, Hootie and the Blowfish were a quintessential component of the 90s rock scene. They even feature on a (now classic) episode of Friends - and we all know that that show is the epitome of all things 90s. If you're still reeling from their break-up, you'll be very excited to hear that they are back together! Following select concerts in 2018, the bands are ready to head on an extensive tour in 2019! Will you be one of the lucky ones to see Hootie and the Blowfish live in concert once more?

Hailing from Columbia, South Carolina, the Blowfish took the music industry by storm with their debut album, 1994's Cracked Rearview Mirror. The album didn't just make fans fall hard for their All American rock with hits like "Let Her Cry", and "Only Wanna Be With You." It also cemented their status as bonafide rock legends, and to this day is one of the fastest-selling debut albums ever. In addition to this exciting new trek, Hootie & Co have also been busy in the studio and will release their newest album in 2019, their first since 2005!

MDK: “Hootie and the Blowfish”

Great concert. The band was fun to watch. The music was classic, including... more

Sweltering evening at Riverbend but we survived it. Great show by Hootie... more

Sound good to you? Share this page on social media and let your friends know about Hootie and the Blowfish at Alpine Valley Music Theatre.