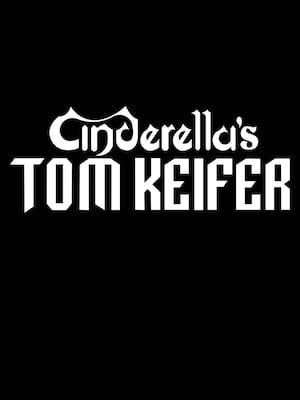 Whether delivering heart wrenching ballads like "Don't Know What You Got til It's Gone," channeling the soul of the bluesmen of the past with his slide guitar and lap steel, or blowing sax on rockers like "Shelter Me," Keifer is one of the most unique si

Tom Keifer Showcases His Talent as a Solo Artist

Cinderella guitarist and vocalist Tom Keifer is best known for being the band's lively frontman. Cinderella formed in 1982 with a heavy metal sound that over time developed into hard rock, they went on to have a number of multi-platinum albums. Tom Keifer celebrates his solo debut, 'The Way Life Goes' while performing the Cinderella hits that made him a household name.

Tom initially released his first solo album in 2013 and brought out a deluxe version in 2017. Rock music blog Global Texan Chronicles described the album as having "a bunch of good songs surrounded by fillers" and "outstanding artistic success." Music blog Review Fix characterizes the album as being a reinvention of Tom and full of "acoustic friendly tracks, but powered by catchy lyrics and hooks."

Leto: “Keifer at Keswick was killing it!”

Sound good to you? Share this page on social media and let your friends know about Tom Keifer at Northern Lights Theatre.