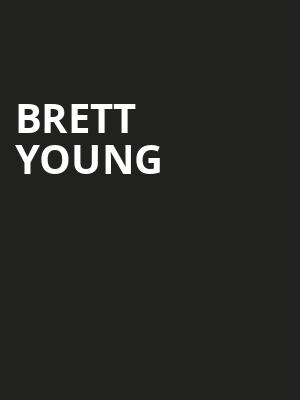 Brett Young hits the road as he presents The Chapters Tour

Another chapter in brett young's career!

American country pop singer and songwriter, Brett Young is hitting the road once again! This time he'll be touring North America in 2020 with this The Chapters Tour. It comes after a brilliant 2019, which saw the star at the top of the charts and tour in support of his second album Ticket To L.A . With vocals as smooth as butter and baby blue eyes Brett Young is Country music's heartthrob, and rising star!

Brett Young has been described as one of country's biggest break out stars over the last two years. Young's hits include 'Incase You Didn't Know' and 'Like I Loved You'. In 2018, Young was named ACM's New Male Artist of the Year! And saw his single, 'Mercy, reach number one on the Country Airplay chart.

Sound good to you? Share this page on social media and let your friends know about Brett Young at Eagles Ballroom.