Sorry! You missed ASAP Ferg at The Rave 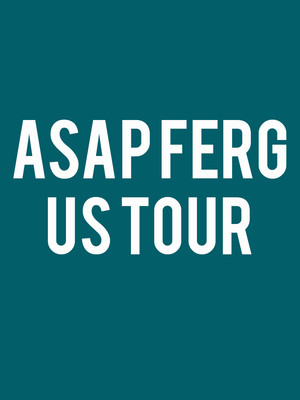 Ferg's hard-hitting beats can win over anybody that is willing to listen.

Asap Ferg Defines His Own Individuality with Us Tour

As a member of the iconic ASAP Mob, ASAP Ferg isn't that desperate for extra street cred. That said, the rapper's 2017 album 'Still Striving' saw him gain even more praise, with the record solidifying Ferg as one of the best songwriters in the industry. Now riding the wave of fame, his music still packs a powerful punch. And you can rely on this New York native to take all the energy from his latest songs from the studio to the stage - and then some.

ASAP Ferg has been a member of hip hop collective ASAP Mob, made famous by rapper and artist ASAP Rocky since 2006. The rapper first went solo with his 2013 debut 'Trap Lord' which was commended for being different to the rest of the collective and showcasing his gift for creating sounds. This was followed up with a second album release in 2016, 'Always Strive and Prosper' which received similar reviews.

With high energy and potential guest performances, ASAP Ferg is expected to deliver a stellar and spirited showcase.

The Come Up Show Used under Creative Commons License

Sound good to you? Share this page on social media and let your friends know about ASAP Ferg at The Rave.