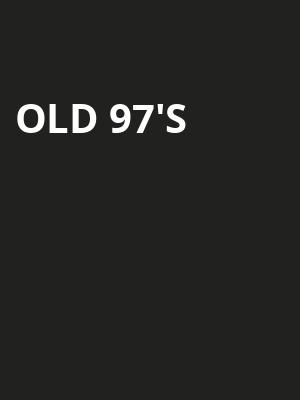 Dallas' most celebrated alt-country export of the past quarter-century

Alongside the likes of Drive-By Truckers, The Bottle Rockets and Uncle Tupelo, Texan quartet Old 97's are hailed as pioneers of the alt-country movement of the late 90s, fusing power pop hooks with an old country twang. After 12 stellar studio albums, the band are not slowing down, 2020 saw the release of their latest album 'Twelfth'. Expect to hear Old 97 play their newest material and of course fan favorites!

Formed in 1993, Old 97s were the pioneers of the alt-country movement and in the 2000s ended up developing a more power-pop style. Their roots began growing in a popular Dallas bar where their popularity grew, in 1994 they released their first album 'Hitchhike to Rhome' which took the band onto the road on their first-ever tour.

Sound good to you? Share this page on social media and let your friends know about Old 97's at The Rave.