Sorry! You missed The Mighty Mighty Bosstones at The Rave 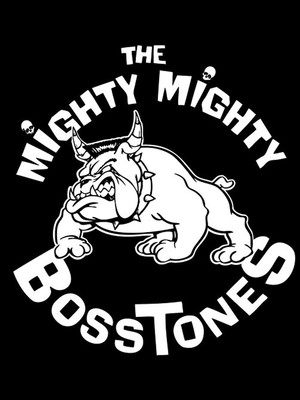 The Mighty Mighty Bosstones aren't just a band, they're an institution!

Why See The Mighty Mighty Bosstones?

Icons of ska and awesomeness

The Mighty Mighty Bosstones - or just The Bosstones for short - are to Ska what Nirvana is to grunge, or The Clash to punk. More than just a great ska band, they're the founders or ska punk, or ska-core. Musical visionaries and, from what we hear, all round nice guys too. And if their name doesn't sound familiar, chances are you know them but don't even know that you do. Their 1997 hit single, The Impression That I Get, is a 90s sing-a-long classic and has found further fame ever since in film and television.

It all started in the mid-1980s when three of the current line-up got together to create 'The Bosstones', the 'Mighty Mighty' only added later on! Despite a hiatus during the early 2000s, the Bosstones are BACK and still skanking. In fact they've got a brand new album due our in 2018, coinciding perfectly with this new American tour.

Seen The Mighty Mighty Bosstones? Loved it? Hated it?

Sound good to you? Share this page on social media and let your friends know about The Mighty Mighty Bosstones at The Rave.