Sorry! You missed Kiss Me Kate at Skylight Theater 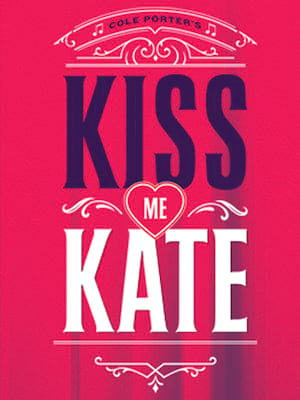 Fall so in love with Kiss Me Kate!

Why See Kiss Me Kate?

Kiss Me Kate, Cole Porter's classic mashup of Broadway and Shakespeare is heading to the Mariott Theatre in spring 2020. Originally opening in 1949 Porter's hilarious production won the Tony for Best Musical, going onto win a further five for the 1999 revival. Full to the brim with Porter's iconic songs, "Too Darn Hot" and "Another Op'nin' Another Show", to name just a few, the musical has become a firm favorite on Broadway and for theatrical troupes across the world.

What is the story?

When feuding ex-couple Fred Graham and Lilli Venassi come head to head in an upcoming performance of Shakespeare's 'Taming of the Shrew' sparks being to fly. As rehearsals progress the pair become embroiled in a match of wits both on and off stage, however, it soon becomes clear that old feelings may still run deep...

Whilst the leading lights are battling each other, poor Lois Lane (the production's supporting Actress), is desperately trying to keep her gambling boyfriend, Bill, away from the clutches of the local gangsters. Throw in a couple of cases of mistaken identity and slapstick and you've got yourself a musical that, if he was alive, Shakespeare himself would have written and been proud of!

Photo by Rob Laughter on Unsplash

Seen Kiss Me Kate? Loved it? Hated it?

Sound good to you? Share this page on social media and let your friends know about Kiss Me Kate at Skylight Theater.