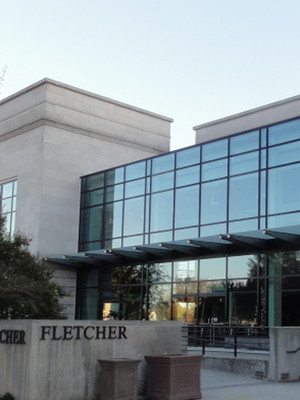 You can catch Chris Fleming at Fletcher Opera Theatre in Raleigh, showing Feb 17, 2022

Chris Fleming is also touring to:

Perhaps one of the best things on the internet!

The "Gayle" creator returns to the stage

The creator of suburban alpha mom Gayle Waters-Waters is stepping out from behind the camera to swap the set for the stage as he performs live! Aside from his hugely popular YouTube channel - which has amassed over 14 million views and counting - you may also recognize Chris Fleming from Tosh.0 and the Doctors. Don't miss the comedian the Huffington Post calls "perhaps one of the best things on the internet"!

Unlike other internet stand-up sensations, Flemings has both the backing of a previous comedy tour AND that of a renown comedian, namely Margaret Cho. In 2015 and 2016 Fleming took to the road for his Showpig comedy tour, an extension of and welcome addition to the many (many) laughs and lols he's created with Gayle.

Sound good to you? Share this page on social media and let your friends know about Chris Fleming at Turner Hall Ballroom.