Sorry! You missed The Alarm at Turner Hall Ballroom 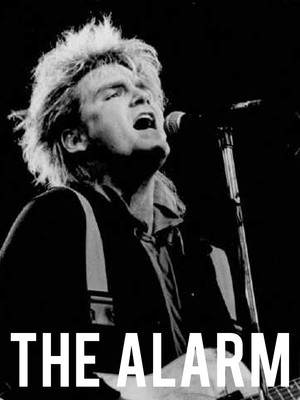 The Alarm show no sign of slowing down with new tour!

Why See The Alarm?

The '80s punk rockers The Alarm are hitting the road this summer as they bring their new-wave tunes to fans across North America! Hailing from Wales in the UK The Alarm rose to prominence with their 1983 single "Sixty Eight Guns". Since then the five-piece have gone onto release over 13 studio albums, including the mega "In The Poppyfields" bond which included four studio albums and one bonus album!

Since their debut in 1981, The Alarms have sold over six-million records with their front-man Mike Peters perform with the likes of Bob Dylan, Neil Young, and Bruce Springsteen! The Alarm take their inspiration from their native Welsh language and culture as well as the likes of The Clash and Bob Dylan.

Please note that some venues are age restricted, please check with the venue before purchasing tickets.

Seen The Alarm? Loved it? Hated it?

Sound good to you? Share this page on social media and let your friends know about The Alarm at Turner Hall Ballroom.