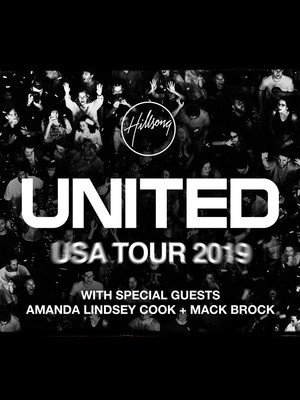 When an artist reveals their album cover 95,000 feet from space they must really know that the album is out of this world. And for fans of Hillsong United this album 'Empires' is truly something else.

Louder Than The Music

The Australian Christian group are back on the road

Hillsong's music has become well-known internationally among Christian groups. Songs such as "Power of Your Love" by Geoff Bullock and "Shout To The Lord" by Darlene Zschech have become popular and are sung throughout churches world-wide. Hillsong have released over 15 albums since 1998, many of them achieving gold status in Australia.

Originally set up as a youth ministry band by the Hillsong Megachurch in Australia in 1998, the group have succeeded in helping launch Hillsong offshoots around the world due to their popularity.

Sound good to you? Share this page on social media and let your friends know about Hillsong United at UW-Milwaukee Panther Arena.