Sorry! You missed We Will Rock You at Miller High Life Theatre 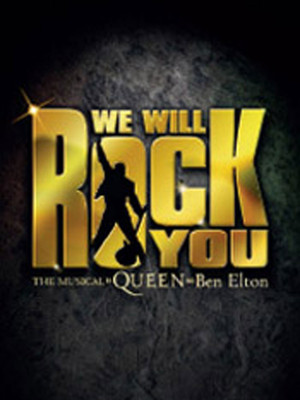 We Will Rock You

Not just for hard-core Queen fans, but for everyone who hums along when the radio plays Bicycle Race.

Why See We Will Rock You?

We Are The Champions

Since its West End debut in 2002, over 15 million theatergoers in 17 counties have rocked out to Ben Elton and Queen's awe-inspiring production. In North America alone, the 2013 stateside tour racked up 298 performances in 30 cities and 30,000 miles traveled. Ready to deliver a hot slice of flaming rock and roll once more, We Will Rock You launches its highly anticipated revival tour in the fall of 2019!

The national jaunt comes after the 2018 Oscar-winning Queen biopic Bohemian Rhapsody sparked a wave of renewed interest in Mercury, May, Taylor and Deacon's considerable contributions to the classic rock genre. With over 24 of Queen's biggest hits delivered with a spectacle big enough to match the iconic English quartet's electrifying live performances, We Will Rock You is the ultimate tribute to one of the greatest rock bands this world has ever known!

Expect breathtaking special effects, sexy costumes, copious amounts of leather and Queen classics like the titular showstopper We Will Rock You, Radio Gaga, Somebody To Love, Don't Stop Me Now and many more jam packed into an epic rock musical for the ages.

What Is We Will Rock You About?

Set on the futuristic iPlanet, We Will Rock You follows two young rebels - Galileo and Scaramouche - who are determined to seek life outside of their manufactured music world where all instruments are banned. On the run from the Killer Queen's police, they join forces with the Rebels in their struggle to search for the one remaining instrument which will help free them from the Killer Queen and her army of brain-washed Ga Ga kids.

Age Recommendation 10+. Children under four years age of age will not be admitted to the venue. Please note that strobe lighting is used in this performance.

Did you know? We Will Rock You is the song most played at sporting events, not to mention being played over half a million times during the 2012 Olympics in London!

Please note: the above images are from a previous production of We Will Rock You and do not reflect current casting.

We attended opening night in Chicago not really knowing what to expect,... more

Just saw the most amazing of amazing shows in Boston! The audience was... more

Sound good to you? Share this page on social media and let your friends know about We Will Rock You at Miller High Life Theatre.