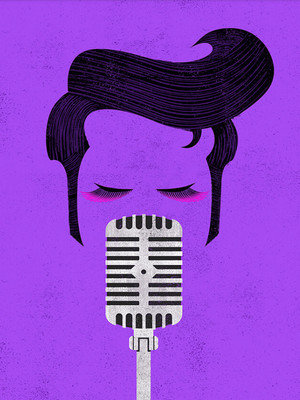 The Legend of Georgia McBride

Why See The Legend of Georgia McBride?

Matthew Lopez's comedy play with music first premiered in 2014 in Denver, before heading to Broadway as part of Manhattan Theatre Club's season at the Lucille Lortel Theatre. Now it heads to Minneapolis' Quadracci Powerhouse Theater. Following the journey of an Elvis impersonator, as he tries his hand as a drag artist, this delightfully witty and agile farce follows one man into the rabbit hole of female impersonation, as he struggles to get by with a baby on the way, and overdue rent!

What is it about?

Set in the Florida Panhandle, Casey is an unemployed Elvis impersonator in need of a quick buck and some much-needed direction in life. In desperation, he takes up a job offer from drag queen Miss Tracy, to fill in for her drunk partner at a night's cabaret performance. Turns out he's a natural, and soon he's decked out in sequins and warbling Barbara Streisand with the best of them. However, he's kept his new job secret from his wife Jo, who's starting to wonder about her husband's newly unleashed feminine side.

One of the very best shows I've ever seen! A happy, feel good experience!... more

Sound good to you? Share this page on social media and let your friends know about The Legend of Georgia McBride at Milwaukee Repertory Theater.