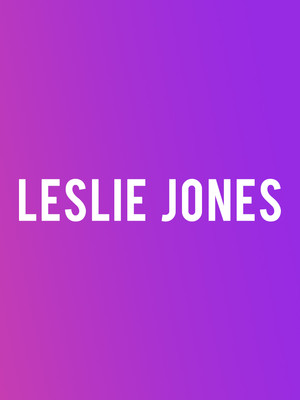 See this star on the rise on tour!

Saturday Night Live talent and Emmy award nominee Leslie Jones is hitting the road this summer in her hilarious new tour! A star on the rise, Jones has completed three seasons on the famed sketch-show which has seen her challenge some of the United State's most controversial news stories.

Beginning her stand-up career whilst at college, Jones moved to LA to begin honing her craft in the local comedy clubs. Although the path to comedy stardom wasn't the easiest, legends like Mother Love and Dave Chappelle kept encouraging Jones to keep going - resulting in Jones' appearance in Chris Rock's Top Five. As well as her highly commended work on SNL, Jones has also starred in many a blockbuster, including the 2016 Ghostbuster re-make where she starred alongside the likes of Melissa McCarthy, Kristen Wigg, Kate McKinnon, and Chris Hemsworth.

I expected loud. I expected Leslie to push the envelope, to use colorful... more

I loved Leslie on SNL and while I expected her show to be different from... more

Sound good to you? Share this page on social media and let your friends know about Leslie Jones at Pabst Theater.