Sorry! You missed HYPROV: Improv Under Hypnosis at Uihlein Hall 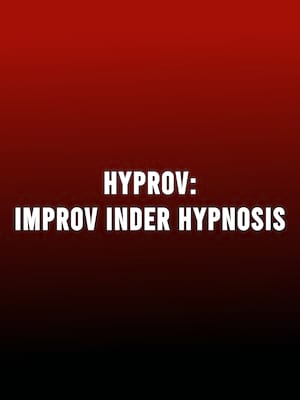 Why See HYPROV: Improv Under Hypnosis?

A master hypnotist vs the king of improv

World famous mesmerist Asad Mecci and legendary improvisational comedian Colin Mochrie join forces for one of the most unpredictable, jaw-dropping shows you'll have ever witnessed in HYPROV: Improv Under Hypnosis. The daring format takes twenty volunteers from the audience being put under hypnosis live onstage. As their minds become swayed they're eventually whittled down to the five most suggestible, who'll spend the rest of the evening subconsciously performing with the world's greatest improv comedian!

packing out shows at the Edinburgh Fringe Festival and elsewhere since 2016, The Times of London describes HYPROV as 'Very funny... a celebration of the human imagination". Asad Mecci has performed for millions worldwide including appearances on MTV, Entertainment Tonight and the Just For Laughs comedy festival. Colin Mochrie is the most recognisable improv artist on the planet, famous for his work on seminal TV show Who's Line Is It Anyway? and performing live improvisation on global tours.

Sound good to you? Share this page on social media and let your friends know about HYPROV: Improv Under Hypnosis at Uihlein Hall.