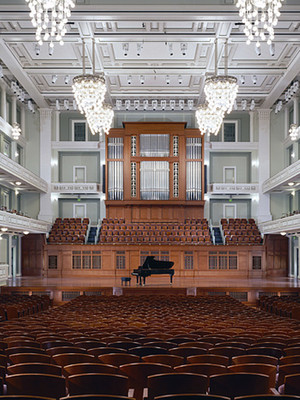 You can catch Beach Boys at Schermerhorn Symphony Center in Nashville, showing May 25 - 27, 2023

Beach Boys is also touring to:

The legendary Beach Boys are live!

It's hard to believe that these guys have been delighting the world to with their legendary surf infused rock and roll for five decades since releasing "Fun Fun Fun" but there you have it. 'America's Band' are still bringing their incredible sounds to venues across the world.

The Beach Boys officially broke up in 1998 shortly after Carl Wilson's death, however, Mike Love and Bruce Johnston maintained the rights to the name and continued to tour with their own band as The Beach Boys. In December 2011, the group's five remaining members - Brian, Mike, Al, Bruce, and David - reformed in celebration of their 50th anniversary of the group's creation, announcing a new album and a 50-date international tour. Since then, they've not looked back!

Bought tickets months ago and didn't expect too much. The concert was... more

Sound good to you? Share this page on social media and let your friends know about Beach Boys at Riverside Theatre.